So what is the ZINGER ?

that can take you 8 miles at up to 6 mph, turns on a dime, folds instantly to fit in the trunk of your car, and is equally good rambling the park as it is in your living room.  The Zinger is a smart mobility device invented in the USA to give you ultimate in performance and convenience.

For people who are almost entirely unable to walk, a powerful heavy-duty electric wheelchair is sometimes necessary. For folks who simply have limited mobility, however, often all that’s needed is a little something to lessen the amount of walking that they have to do. A number of lightweight folding electric wheelchairs have emerged to serve that market. One of the latest, the Zinger, is also reportedly the lightest.

Created by inventor Royce Husted, the Zinger and its 36-volt lithium-ion battery tip the scales at a total of 38 pounds (17 kg). By comparison, similar chairs that show up on a Google search are more in the neighborhood of 45 to 50 lb (20 to 23 kg). Heavier-duty chairs can weigh over 200 lb (91 kg), although they’re typically aimed more at full-time, do-everything use. 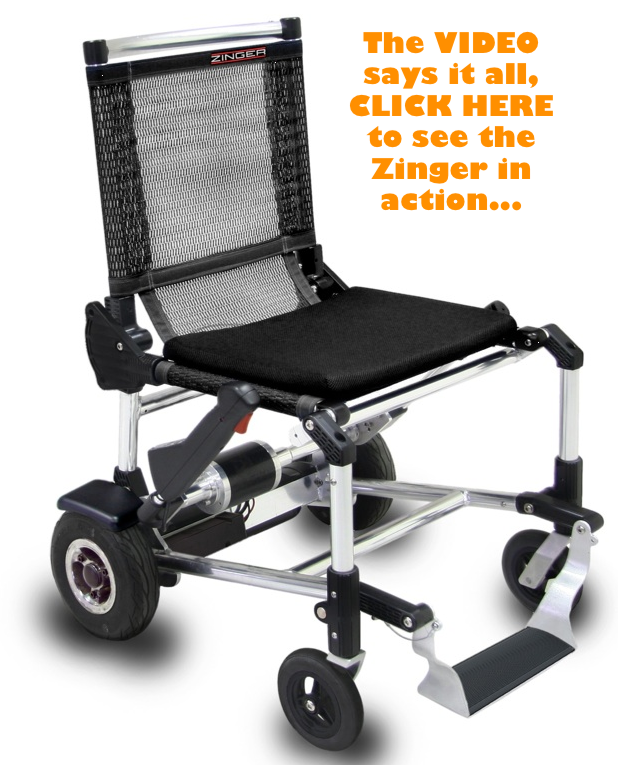 Husted tells us that there are several factors that contribute to the Zinger’s light weight. These include an aluminum frame with nylon joints, a nylon mesh seat, and a single 36-volt, 200-watt motor with no gearing. “Conventional power chairs use two gear motors which alone weigh more than the entire Zinger,” he says. Additionally, that single motor doesn’t require as large of a battery. 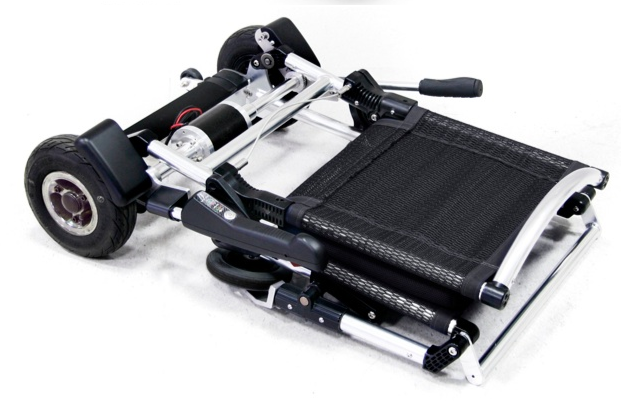 The chair has a top speed of 6 mph (9.7 km/h), a range of 8 miles (12.9 km), and can handle inclines up to 10 degrees. Also, like many of its competitors, it can be quickly folded up and lifted into the back of an ordinary car. 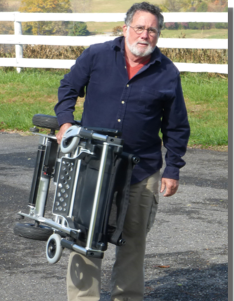 Most of those other models, however, utilize an armrest-based joystick steering system, while mobility scooters use a set of handlebars. The Zinger instead features two steering levers, one on either side of the seat. The user pushes both levers down to go forward, pulls them both up to brake, and pushes one while pulling the other to turn to either side. Reversing is accomplished simply by pushing with the feet, and a finger trigger controls the speed. 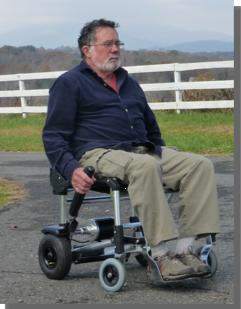 While this setup means that both of the user’s arms are occupied, it also lets them pull right up against tables or desks. The chair does come with a basket, plus armrests and other accessories will be available as extras. 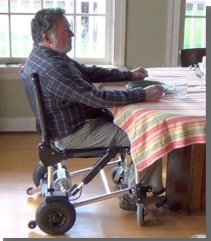 Royce informs us that the Zinger is currently in production for the Japanese market, with the first batch of US-bound units due to arrive stateside in October. The price has yet to be determined, but interested parties can email for updates via the link below.

The chair can be seen in use in the following video